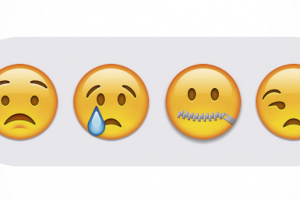 A new report into the relationship between young people and the internet has revealed concerning figures about mental health problems among pupils, as well as the schools’ struggles to support them.

A whopping 84% of schools assessed by the Parent Zone report are unequipped to cope with the mental health problems within pupils.

The Parent Zone survey questioned teachers and young people between the ages of 13 and 20 to find out the wide-reaching impact of internet usage on young people’s health.

The report not only highlights the exposure of children to negative influences online, but also the social media platforms that young people identify as damaging to their mental health.

Over half of the young people surveyed have witnessed someone talk about suicide online, with 61% having seen people talk about harming themselves. Nearly a third of young people said that they would consult Google or another search engine first to seek help or information about a problem.

36% of young people admitted they would tell friends to avoid Facebook if they were feeling worried or upset, though 74.5% reported that the internet made them happy overall.

In contrast, 44% of teachers think the internet is bad for young people’s overall health. An incredible 91% of teachers believe mental health problems in young people are increasing and that stress, anxiety, depression and self harm are among the most prominent issues.

‘Family life is arguably more complex now than it has ever been. Children have access to information, views and opinions that adults cannot control. The internet has destroyed any notions we might have had about keeping some things away from children until they were ‘old enough to cope’.

‘All of the indicators suggest that the prevalence of mental health problems and the severity of those problems are increasing. Some people are linking the internet to the increase so we wanted speak to the young people who have grown up with technology and hear their views so that we can start to think about how best to support them.

‘This report offers a glimpse into their world. It does this by doing what parents around the country do when they are concerned about young people – talking to them, and the teachers who look after them.’

Looking for more information? Visit the Parent Zone website where you can read the full report.