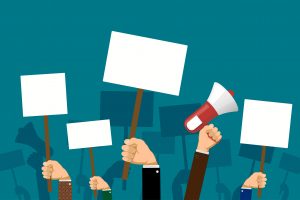 Teachers from around Scotland are being urged to take part in a rally supporting the demand for a 10 per cent pay increase.

This Saturday (27 October), the Educational Institute of Scotland (EIS), Scotland’s largest teaching union, is hosting a rally in Glasgow in support of the 10 per cent pay claim.

Teachers are to meet at Kelvingrove Park in Glasgow’s west end at 11am, ready to march at 11.30am.

The march will head to George Square for a demonstration, following the route of Argyle Street, St. Vincent Street, West George Street and Renfield Street.

All members are urged to attend this event to send a clear message to Scottish Government and COSLA: Value Education Value Teachers!
EIS Websitehttps://t.co/9fZRxT5kgh
Facebookhttps://t.co/15tulMqKS6 pic.twitter.com/q3yhJtF3Lm

Teachers unions have been campaigning for a 10 per cent pay increase, and were offered a three per cent increase earlier this month, though employers argue that many teachers would actually end up with a five per cent increase.

The ballot to accept or reject the pay rise will open on 29 October, two days after the rally.

In preparation for the march, a banner-making session took place on Wednesday (24 October), and leafleting sessions occurred at Buchanan Bus Station and Glasgow Queen Street Train Station, to raise awareness of the rally.

Many local associations are providing free buses to Glasgow. To find out where your local bus is leaving from, click here.

Will you and your colleagues be attending the march? Let us know on Twitter.