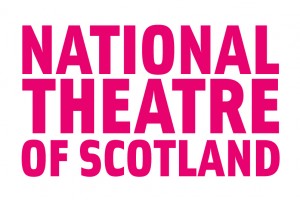 Plans have been put in place to ensure that every child in Scotland receives at least one performance of “world class theatre” a year as a core part of their education.

The National Theatre of Scotland and the performing arts body Imaginate are behind the new initiative that will see theatre performances coming to local schools and nurseries.

A pilot version of the scheme will launch in August this year for 15,000 children and will initially involve 130 shows across 25 schools. The hope is that by 2020, all the country’s councils and schools will be on board.

Over the first year the Theatre Schools Scotland scheme will tour two award-winning Scottish productions, Martha – the tale of a woman who befriends a goose – presented by Catherine Wheels Theatre Company and Shopping for Shoes by Visible Fictions, a love story which explores the power labels have on our lives.

Paul Fitzpatrick, executive director of Imaginate said he was thrilled that so many institutions could come together to make the plans a reality: “It’s all about giving children in Scotland the very best childhood they can have.

“It’s our aspiration that ultimately every child in Scotland will see world-class theatre in their school every year.”

Fiona Hyslop, the Cabinet Secretary for Culture, said the Scottish Government was fully backing the plans: “Performing and visual arts help young people’s mental, emotional, social and physical wellbeing. Curriculum for Excellence also acknowledges the value of the expressive arts, providing youngsters with opportunities to be creative and imaginative.

“We’re working hard to enrich young people’s lives through arts and creativity and Theatre in Schools Scotland acknowledges that. I congratulate Imaginate and National Theatre of Scotland for this innovative pilot and I’m confident the performances will be enjoyed by pupils and teachers alike.”