Say ‘Aloha’ To Your Dream Job In Paradise 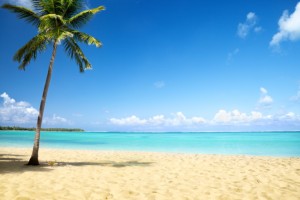 Picture the scene: it’s a dreich Tuesday afternoon in Glasgow, the rain (then sleet, then rain) is battering against the classroom window. Your summer week in the sun is a full term away and you’ve got to get through the trials and tribulations of Highers and Nationals before you get to feel the sunshine on your face.

Now picture a new scene. White shores, azure waters. An idyllic archipelago steeped in rich, ancient Polynesian culture. Fantastic weather all year round and not a grey cloud in sight. Could you up sticks and take on a teaching post in paradise?

Hawaii are recruiting, and just incase the promise of blue sky and sea wasn’t enough of a selling point, they’re offering prospective teachers $50,000 to move there. The Hawaii Department of Education is in the middle of a major recruitment drive as it scrambles to cope with the dearth of teaching staff on the island state. Persuading teachers over from the US mainland is often difficult, keeping them on the island even more so. This is a result of teachers being placed in rural communities where the culture shock and cost of living proves too much.

A whopping 1,600 vacancies are anticipated to open up in Hawaiian schools before Autumn. Across the US, competition for teaching staff is increasing thanks to baby boomers and a strengthened economy. In Hawaii it has been reported that teachers are in such high demand that each district attempts to poach each other’s staff.

Anyone else scratching their heads wondering why Americans aren’t jumping at the chance for beautiful beaches and weekends swimming in the Pacific Ocean? Perhaps they should try teaching a PE class outdoors in the north of Scotland in November. Just saying.

Yesterday was sunny because I was working, take a day off and this is what happens… Rain … Joys of living in Scotland #rain #weather #Scotland #Ayrshire #dayoff