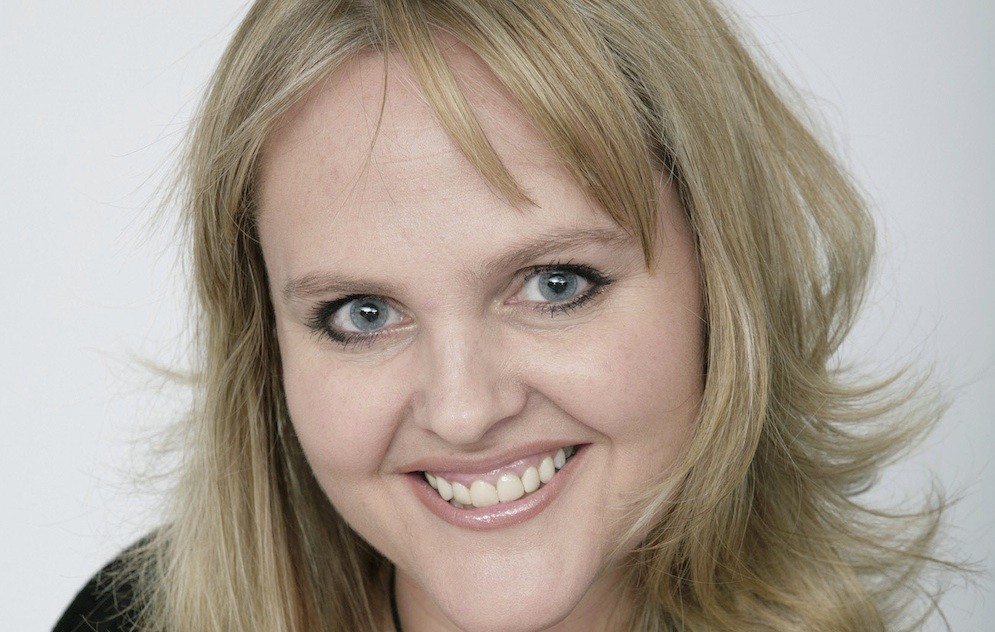 I went to Craigdhu Primary in Milngavie, and then Douglas Academy, also in Milngavie. I enjoyed school – I had a really good set of pals who I’m still pals with now. There’s six of us girls from primary one in Craigdhu and we still go everywhere together. We meet up maybe once a month, which is really lovely.

I enjoyed most classes, but I wasn’t particularly good at studying. I always wanted to be out having fun, doing something else. I was better at that than actually revising for my Highers the next day. I was a total chatterbox and always wanted to play hockey. We played every lunchtime and I became a bit obsessed by that. I was quite the wee sporty thing back in the day – before I discovered boys and booze!

I had a music teacher called Mr Galbraith who was utterly terrifying! He used to have a plastic tube which he called his ‘hollow head tester’ and he would bop people on the head and say, ‘You’ve got a hollow head!’ His opening line on the first day of first year was, ‘I’m Mr Galbraith and I just want you to know – I hate first years.’ We were all terrified! He ended up being brilliant, it was just his sense of humour. Not too sure if you’d get away with it nowadays! He was a very good teacher.

My best memory? We had a trip to Paris in third year for French. It sticks in my head for millions of reasons! My friend Debbie and I shared a room and on the second day, we got some mad viral bug and we weren’t allowed to leave the hotel room. So we spent three days in Paris being treated by a doctor. We ended up having a great time because we could order from room service! The horrendous experience of country dancing stands out too. Standing in the line thinking, ‘Pick me! Pick me! Pick me!’ Then when you’re second last, life’s not worth living.

If I could go back to school, I’d definitely study more. I wouldn’t worry so much about the fact that I hadn’t snogged anyone by the age of 14 either! I ended up kissing the most disgusting, spotty ginger guy in the world just to get it over with. It was only a 20 second kiss behind a bush but it was truly awful! One of my worst school memories!

I was very fortunate to have a good schooling. I never swapped schools, both were fairly handy, they were both great for me because I was quite sporty at the time. Certainly at Douglas Academy, there was loads of extracurricular sport going on which was really important. I enjoyed it most of all because I had such a strong set of friends the whole way through.

Catch Real Radio Breakfast with Ewen and Cat, weekdays from 6am on 100-101FM.