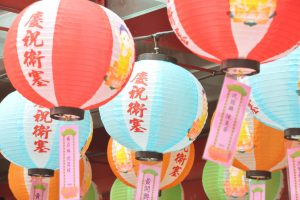 Most students learn French, German and/or Spanish at high school, but as the Scottish Government moves to create closer ties with China, should we be teaching our pupils Chinese? After all, it’s one of the most widely spoken languages in the world: 1.1 billion currently people speak Mandarin.

“We felt that China was not getting the profile that it deserves, and we had the opportunity to give a proper focus to the subject,” says Roffe. “It’s a language that is more and more needed and China has increasingly more influence. The saying goes ‘If you want to buy, you can use English, but if you want to sell, you need to speak the language’. There’s an economic imperative to learning Chinese.”

Mandarin is spoken in countries such as Malaysia, Taiwan, Singapore, Indonesia, Thailand, Brunei, The Phillippines and Mongolia.

One of the problems with learning Chinese at secondary school in Scotland is the lack of teachers. The Swire Chinese Language Centre provides five Mandarin teachers who can take lessons from primary school to Higher level. In the last academic session, 600 pupils benefited from this new opportunity.

Students who have not found an affiliation with European languages often enjoy learning Mandarin, Roffe has found. “It’s different to European languages, it’s like a puzzle. We have to move away from euro-centrism in schools, and Chinese is the first non-European language to be taught in the classroom,” he enthuses.

The argument for Chinese is not only economic, he argues, but also pragmatic.

The Swire Chinese Language Centre Edinburgh extends the availability of high quality Chinese teaching to all pupils in south central Edinburgh, including offering introductory sessions for primary schools in the area, providing professional development opportunities for teachers and hosting an outreach conference amongst other enrichment activities.