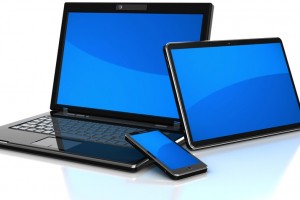 Tablet use in schools continues to rise as barriers to adoption shift, new research from the British Educational Suppliers Association (BESA) has revealed.

The annual ‘Tablets and Connectivity’ survey of 632 UK schools (335 primary, 297 secondary), conducted in June 2015, suggests that 71 per cent of primary and 76 per cent of secondary schools (an increase from 56 per cent in 2014 in both school types) are making use of tablets in the classroom. Currently, there are estimated to be 721,000 tablets for use by pupils in classrooms across UK maintained schools and academies, and it is forecast that by the end of 2016 this number will have increased to over 946,000.

The research also showed that a lack of suitable bandwidth remains a significant barrier to adoption of mobile technologies.

Research carried out in May 2014 revealed that schools in rural areas of the UK have poor access to mobile technologies due to inadequate bandwidth.

Schools have noted little improvement over the past year with only three percent more primary schools, 53 per cent, feeling that they have the ideal bandwidth (up from 50 per cent last year) and 65 per cent of secondary schools feel the same (up from 62 per cent in 2014).

Caroline Wright, director, BESA said; “Today’s research shows there is an opportunity for teaching schools, school leadership organisations and industry to work with schools to help them understand how they can utilise tablet technology to its full potential, and integrate tablets as learning tools into the classroom.