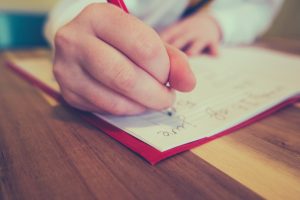 School Girl Writes In A Notebook

The majority of Scots teachers support the motion to introduce a formal exam for National 4 qualifications, new research from the Scottish Qualifications Authority has found.

Nat 4s, which were introduced in 2014, currently rely on coursework and internal assessment. Some have branded the qualification as ‘worthless’ due to the lack of exam.

The SQA have conducted research to get a measure of support for the new suite of qualifications, speaking to 200 teachers and several hundred pupils. It found that the majority of teachers and senior managers felt that an end-of-course exam was required to motivate learners. At present, candidates simply pass or fail rather than receive a grade.

It also found that three quarters of teachers feel under pressure from parents to present their children for exams which don’t suit them, as parents push for their children to sit the graded, externally examined National 5 instead.

The report said: “Nearly all teachers to a greater or lesser degree felt pressure to mispresent learners at National 5 despite learner performance evidence indicating National 4 presentation was more appropriate. This pressure could come from parents and carers mainly, but also from [senior management teams] and occasionally the local authority.”

Recent research from the National Parent Forum also found that a quarter of members believe that employers see National 4s as having little value, or don’t understand them.

While teachers backed suggestions to introduce a National 4 exam, pupils did not share this view.