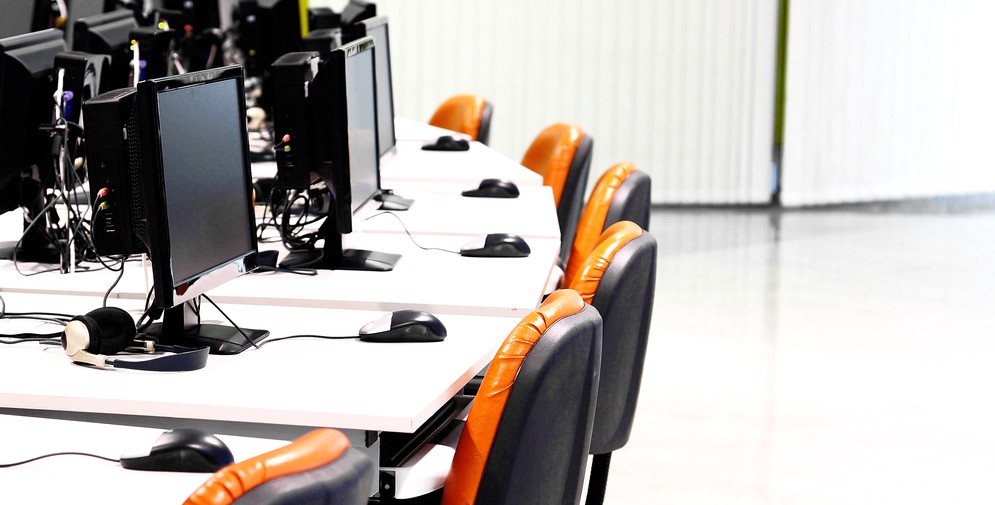 Could teachers ever be replaced by gadgets and gizmos? Teacher columnist Justin Case reflects…

What difference does teaching make? According to one study in Finland, the sharpest rise in attainment occurred when teaching time was reduced and ICT access increased.

In my current school, the teacher’s voice is gradually being replaced with iPads and suitably synchronised apps. Consider the benefits of fully embracing new technology – we’d no longer require an army of trained staff.

A one-off meeting between a suitably knowledgeable subject specialist and an app programmer in return for royalties would be sufficient. A teacher’s personality would become secondary to the amusement factor offered by Disney-style apps.

Forgetting jotters, pencils and homework would become archaic memories, as would handwriting. Think of the time that would be saved and, of course, the space, energy and effort. There’d be no more need for cupboards or even classrooms. We can all meet on Edmodo whenever we choose and we’d never need to leave the house, pub or resort.

Facetime conferencing would provide a safer and more selective social interaction – ideal for parents’ night. Interactions would be secure, fully moderated and instantly analysed for evidence of progression. Savings in staff wages would confer iPads for all.

Some of Scotland’s much fan-fared entrepreneurs have been telling us that school played no part in their rise to glory, so maybe the home-time bell has tolled for school itself. The wider question though is this: do Teachers really matter in a world of technology?

Two weeks ago, on a snow-caked Saturday evening, the incongruous sight of a red carpet rolled out from the school’s front entrance heralding a reunion of sixty former pupils of finest 80s vintage. There were no bragging rights claimed on which badge was on which car; no bigger than yours banter of bonuses, houses, holidays or “better-than-yours” offspring. Instead there was genuine back-to-school bonhomie and a torrent of tales about growing up together under the auspices of the good, the bad and, yes, even in the 80s, the inspirational teaching.

As we walked through familiar well-worn corridors, the stories tumbled out, captivating and transporting us back to those halcyon years. The bullying was forgiven and the bad teaching left as just that, but inspirational teaching was remembered best of all.

There was the story of the cleaner who arrived an hour early for work on certain days just to hear the Attenborough-esque tones of a geography teacher as his dulcet tones mesmerised his class and brought the world to life for her. One story followed another weaving a spell of awe, wonder and laughter at those heroes of the chalkboard from long ago.

iPads, in contrast, are slimmer than any teacher and far cheaper to run. They’re multi tasking, multi-media and globally connected. Digital memory is cheap though and the knowledge it brings requires no effort. My guess is that no one will be returning in twenty years to wonder at what these blank slates gave us. Education it seems has no lasting value without one essential ingredient… Teachers.