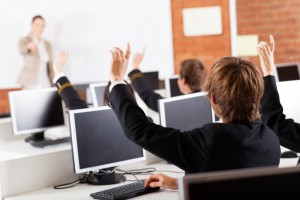 Scottish Schools are considering dropping their Advanced Higher courses altogether due to the vast amount of workload they add for teachers and pupils.

Forty-five percent of schools have decided to delay going through with the new Higher exam, which was introduced last August, sticking to the old-style Higher instead. Teaching unions, such as EIS, have suggested that the new Advanced Higher exams should be delayed until next year to help pupils adapt to the change and to ease pressure on staff.

Many teachers are still struggling to keep up to date with the work involved in introducing Curriculum for Excellence (CfE) reforms and new National exams. Pupils are also feeling the pressure of the changes as the National 4 and 5 courses, which replaced Standard Grade and Intermediate exams, have increased the amount of work for pupils since they were introduced.

Schools were given the option to delay the new Higher exams to help ease in students with the transition. And EIS’s general secretary, Larry Flanagan, has supported this, telling Holyrood’s education committee in February that it was only logical that schools were also given the opportunity to delay Advanced Higher exams too. The new Advanced Higher courses are due to come into place after the summer break.

To help aid the new workload for pupils, teaching unions have requested £1 million from the government to invest in new textbooks as many have said they are feeling unprepared for the new qualification.