Bòrd na Gàidhlig The Year Ahead 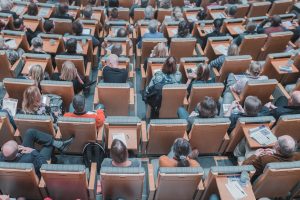 Dìleab An T-Siorraidh is a new project in the Western Isles, which was set up by Sheriff Colin Scott Mackenzie due to his keen interest in Gaelic. Supported by e-Sgoil, (www.e-sgoil.com), the online teaching resource in Stornoway, the project aims to encourage Gaelic-speaking pupils to use and improve their language skills

We look forward to the opening of the new Portree Gaelic Primary School, which will boost Gaelic education on the Isle of Skye.

A period of change at Sabhal Mòr Ostaig

Sabhal Mòr Ostaig, the National Centre for Gaelic Language and Culture in Skye, faces a period of change. Both the principal, Professor Boyd Robertson and vice principal and director of studies, John Norman MacLeod are set to retire. Professor Robertson has been at the helm of the college since 2008 while John Norman MacLeod has led the academic affairs of Sabhal Mòr Ostaig since 1983.

Bòrd na Gàidhlig (www.gaidhlig.scot/bord/fundraising) offers funding support for local authorities to sponsor qualified teachers through the Gaelic Language Act Implementation Fund (GLAIF). Teachers who have some Gaelic skills – and are not currently teaching in the medium of Gaelic – can undertake full or part-time courses to learn how to teach in Gaelic for their local authority. Deadline: 5pm Monday 5 March 2018

Projects aimed at increasing the numbers of Gaelic medium pupils and Gaelic learners entering the formal education system, from 0-18 year, may be eligible for assistance. In addition, projects developing extra-curricular activity to promote greater usage of Gaelic and improve levels of language fluency amongst school pupils may be considered. Deadline: 5pm Monday 23 April 2018

Bòrd na Gàidhlig sends its congratulations to the Gaelic Books Council as it celebrates is fiftieth year, and to BBC ALBA and Film G respectively, who are both celebrating their tenth year.