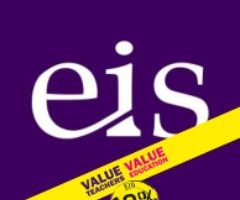 Teachers across Scotland have been urged today to reject a three per cent pay rise offer from the Scottish government.

The Educational Institute of Scotland (EIS), Scotland’s largest teaching union, has called for teachers to reject the offer – it has been campaigning for a 10 per cent raise, and has called the government’s offer “divisive”.

The union started sending out the ballot by email this morning, and is encouraging all members to vote in the ballot and have their voices heard. For those members who do not have a registered email address, postal ballots were sent out first class yesterday.

Ballot is now open! Voting papers are being issued to members' email addresses throughout the morning of 30 Oct. Members for whom we have no recorded email address, voting papers were sent out on 29 Oct by first class post and should arrive shortly.https://t.co/IuHIKB3dzu

The ballot comes after up to 30,000 teachers, friends, family and supporters marched through Glasgow in support of the calls for a 10 per cent pay increase.

The EIS estimates that teachers’ pay has decreased by a fifth in the last decade, and has failed to rise in line with inflation. The government has offered a rise of three per cent for all staff earning up to £80,000, but have argued that the majority of staff will receive raises of between five and 11 per cent.

Teachers have until 20 November to vote in the ballot.

Are you following us on Twitter? Make sure you do to stay up to date on all the latest news and pay rise info.