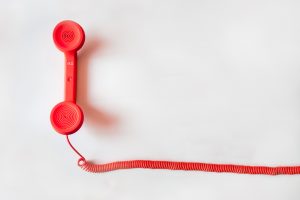 A new hotline for teachers in Scotland to report pupil indiscipline concerns has been launched by a teachers’ union.

The National Association of Schoolmasters/Union of Women Teachers (NASUWT) has opened the hotline for teachers to report any incidents via voicemail or text. The union will issue regular statements about information gathered on the hotline.

As well as the hotline’s launch, today (8 November), teachers will also be taking part in action short of strike because of pupil indiscipline. This decision follows similar instructions over workload.

We are taking these steps because no teacher should go to work with the expectation that they will be either verbally or physically abused, & while they are members of the NASUWT they will not.

The hotline will provide NASUWT with information about how teachers feel and are coping with this issue of pupil indiscipline, and how they can further support teachers on the issue.

The launch of the hotline comes after figures from January revealed there have been over 16,000 assaults on teachers in the classroom in the last three years, and a 10 per cent rise in the last year.

14% of teachers have been physically assaulted by a pupil. Verbal & physical abuse is NOT part of the job. It is unacceptable and must be challenged. If your school is not displaying our respect posters yet, download them today #notpartofthejob #teachers https://t.co/ZhhUSziMoZ pic.twitter.com/FQVFQwyXqx

Pupil behaviour is in the top three concerns they have about their role as teachers, just behind the increased workload.

Keep up to date with all the latest teaching news by liking our Facebook page.