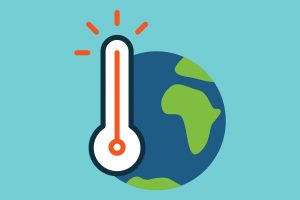 This Friday (15 February), school pupils across the UK are set to strike from school, addressing the current climate change issue.

Students around the world have been walking out of classes to protest, and draw attention to the growing concerns about the environment.

It’s estimated that globally 270 towns and cities are taking part, with 70,000 school pupils walking out of class each week.

The protests are set to reach the UK this week, with students across the country preparing to take part.

The strikes come after a report last year revealed that we only have 12 years left to avoid catastrophic climate change: if steps are not taken to improve the environment before then, the effects of pollution will have an irreversible impact.

The movement originally began in August last year, after Swedish school pupil, Greta Thunberg sat outside the Swedish parliament every day last summer in the run up to the Swedish general election, in a solo strike against climate change.

Since, thousands have joined her in the fight against climate change, in the hope that politicians around the world will take the necessary steps to reduce their country’s carbon footprint, before it’s too late.

“I have learned that you are never too small to make a difference.” Greta Thunberg, the school girl that inspired the world with her calls for more #ClimateAction, shared her experiences at the #COP24 Action Hub.

Protests are planned in at least five towns and cities in Scotland, including Glasgow and Edinburgh, with demonstrations planned outside the Scottish Parliament and Glasgow City Chambers.

Currently, 38 locations throughout the UK have demonstrations planned, with the list ever-growing.

This isn’s stopping them from taking part in the demonstrations though, with many advising that a detention is a small price to pay in the fight to save the planet.

Are your pupils planning to take part? Let us know, over on our Facebook page.