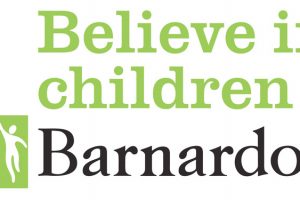 Schools across the UK are failing children and young people with caring responsibilities, according to new research from Barnardo’s.

A YouGov poll found that 40% of teachers were not confident that they would be able to identify a young carer in their class – and as a result, many young people caring for loved ones are going under the radar in school and missing out on vital support to help them manage their responsibilities at home alongside their education.

Some young people are dedicating as much as 30 hours a week to caring for sick or disabled relatives, including tasks such as cooking and cleaning, administering drugs and taking care of household finances.

The poll of 800 teachers found that nine out of 10 teachers thought that caring could have a negative impact on young carer’ school lives, in that it could make them late or absent and give them trouble keeping up with school work.

A Barnardo’s poll of professionals working with young carers found that three quarters said that most or all of the young people they work with had suffered from anxiety, depression isolation or feelings of anger. They had also all worked with children who had self-harmed.

Barnardo’s Chief Executive Javed Khan said: “It is simply not acceptable that children are having to sacrifice their futures to care for the ones they love.

“Austerity has meant local authorities have had to cut back on adult social care and the result is children are picking up the pieces. A quarter of the children supported by Barnardo’s young carers’ services are carrying out more than 30 hours a week of caring – that’s the equivalent of a full time job.

“It’s clear from our research that there is a lack of awareness among teachers that needs urgently addressing. Schools need to take more responsibility to make sure young carers are properly supported.

“Looking after their family members is something that our young carers are incredibly proud of but it shouldn’t be at the expense of their childhoods or their futures.”

Despite changes to legislation leading to more young carers being identified, budget cuts mean that fewer people with disabilities and long-term illnesses are qualifying for funding for social care support – and young people are often stepping up to help. Many of them are going unnoticed, and as a result, aren’t being supported in their caring role.

Barnardo’s run 20 young carer projects across the UK, offering advice and support for young carers and their families. To find out more about the support they can offer, head to www.barnardos.org.uk.