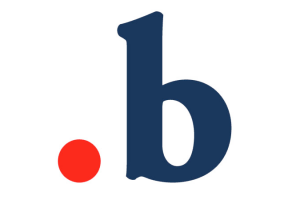 Teachers from around Scotland are being given the opportunity to learn mindfulness skills directly from the organisation that pioneered the meditative technique in UK classrooms.

Mindfulness in Schools Project (MiSP), which introduced secular mindfulness to British education seven years ago, is holding training sessions for both secondary and primary teachers in Edinburgh this October.

Participants who have aready undergone an introductory mindfulness course will learn how to pass their new skills on to their pupils, equipping them with techniques to potentially improve their mental, emotional, social and physical health and wellbeing.

Two courses are available: either the .b (pronounced ‘dot be’) curriculum, which is aimed at secondary schools, or its primary equivalent, Paws b (‘pause be’). Both were developed by teachers and senior mindfulness experts and are recognised as the leading courses of their kind in the UK. They also form the basis of the biggest ever study of the effectiveness of mindfulness in education launched this summer by Oxford University and funded by the Wellcome Trust.

MiSP Director Claire Kelly said: “We’ve already begun the process of mindfulness training among Scottish secondary school teachers and those who work in other contexts with this age group, but this is the first time we are offering the primary course as well. We are a not-for-profit organisation and our aim is to bring the benefits of good mindfulness practice to schools.”

“We know from our own experience that staff and pupils enjoy mindfulness lessons and independent research suggests that mindfulness practice has the potential to reduce stress, anxiety, reactivity and bad behavior and improve sleep and self-esteem. It can also help young people pay greater attention, use existing knowledge more effectively and can enhance problem-solving and reasoning skills. We are looking forward to meeting educational professionals in Scotland who want to learn these skills for themselves and pass them on to their pupils.”

Shelagh Rodger, who is a teacher at St George’s School in Edinburgh and who has been trained in .b, said: “I’ve had great feedback from the pupils who took my mindfulness sessions. I think it’s important that if we’re going to try and pass on skills that help children to cope better with everyday pressures then we have to do it in a way that is fun and interesting to them and the .b course delivered on that and so many other fronts.”

The training courses, which take up to four days, consist of real-time lessons, pedagogy sessions, discussion groups and opportunties for participants to practice leading the exercises with each other.

MiSP is also currently working in collaboration with Aberdeen University as part of a project to gain professional recognition by the General Teaching Council for Scotland for teachers attending these courses.

Mindfulness in Schools Project was founded by teachers Richard Burnett and Chris Cullen in 2007. The first class was taught in 2008 and since then more than 1,700 people have attended its courses, reaching an estimated 18,000 pupils.

More details about MiSP and about Mindfulness itself are available at www.mindfulnessinschools.org