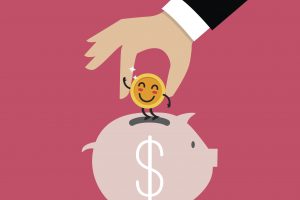 After months of protests, negotiations and threats of strike action, Scottish teachers have finally been offered a pay rise.

The Educational Institute of Scotland (EIS), Scotland’s largest teaching union, has called off its planned strike ballot after the Scottish Government improved its pay offer.

The union urged its members to accept the pay offer.

The deal also includes commitments from the government, including reducing teachers’ workloads, encouraging their professional development and enhancing their teacher leadership programme.

The EIS and other Scottish teachers’ unions suspended their planned ballot for strike action, after months of negotiating a pay increase with the Scottish Government.

Previously, the government had offered a deal consisting of a three per cent rise for those earning up to £36,500, capped at two per cent for higher earners.

EIS President Alison Thornton urges you to use your vote in the Consultative Ballot on the Scottish Government's Pay Proposal. pic.twitter.com/Bt4aYK8QdE

In response to the deal, thousands of teachers from across the country marched through Glasgow in October, to protest.

Following the demonstration, the EIS announced its plans to start a strike ballot on 11 March, with a walkout planned for 24 April if successful.

The union is now balloting its members on the pay offer, and has advised teachers to accept. The ballot to accept or reject the pay offer is open until 27 March.

What do you think of the pay rise offer? Let us know on Facebook.